Mafia Wars was a mobile 4x game from Zynga. After a year of contracting through Dagger Bros., I joined full-time to see the game to completion.

As Principal Experience Designer, I was responsible for large portions of the game UX, visual development, as well as providing feedback and mentorship for other designers on the team.

In pre-production we wireframed the entire game, and built a massive playable prototype for extensive playtesting. This kept costs low as we designed features, identified problem areas, and iterated forward. 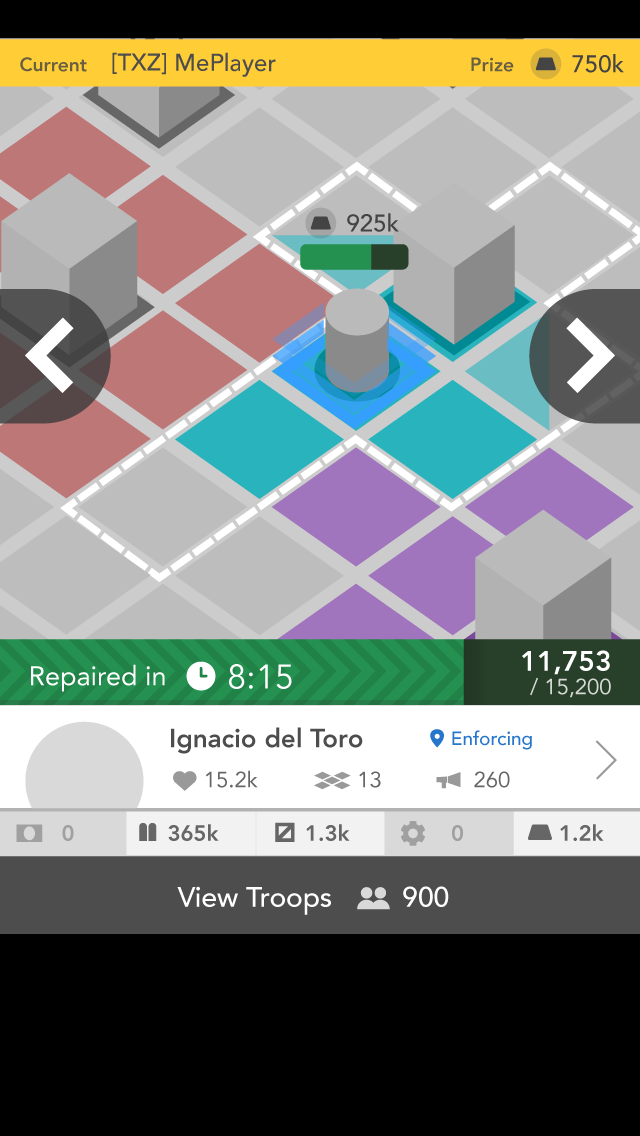 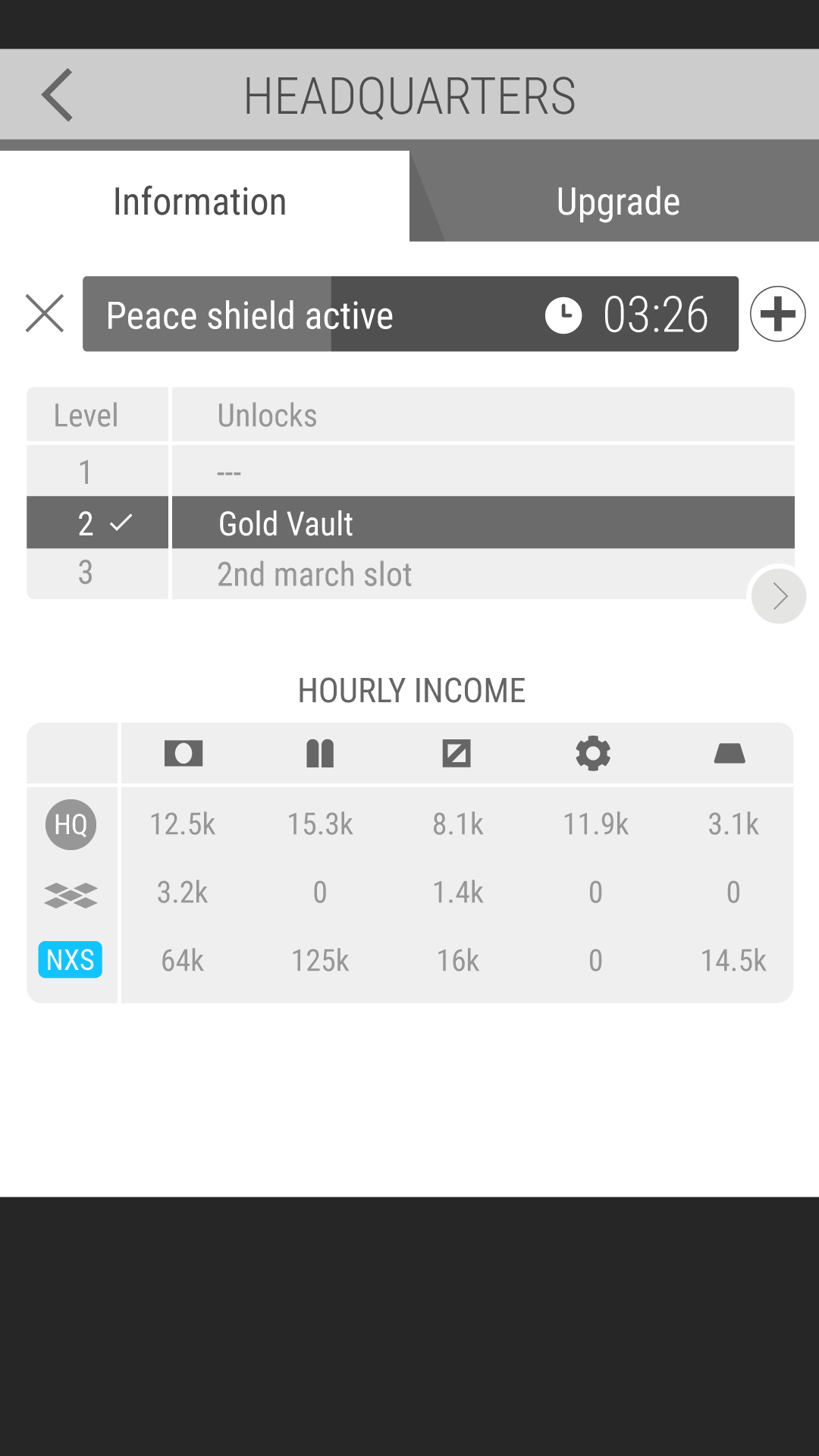 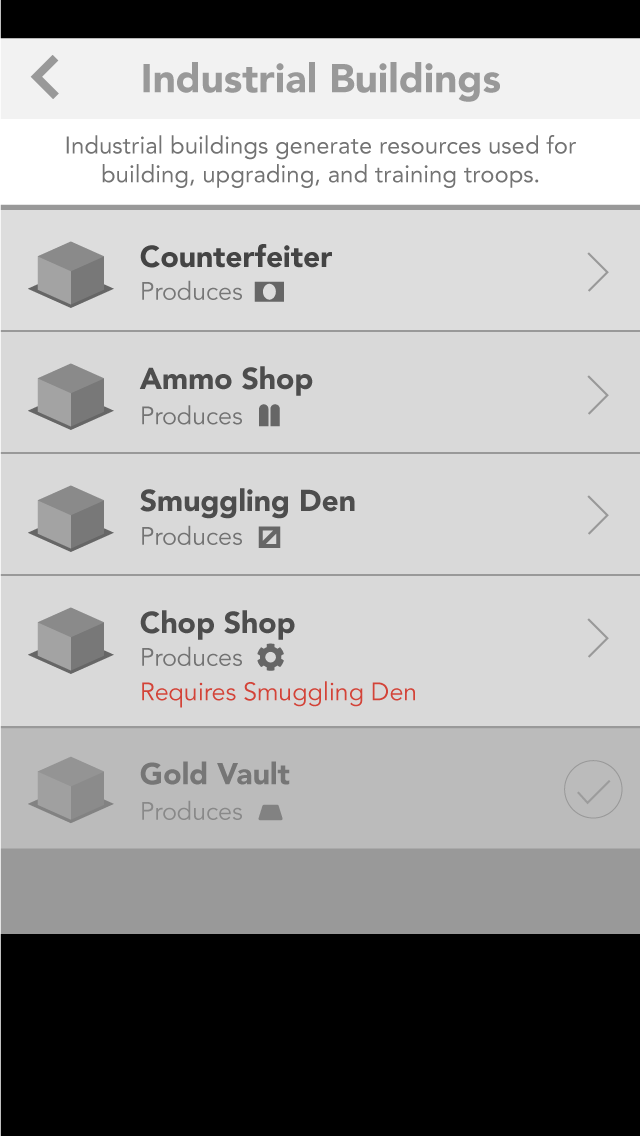 I designed a novel UX for assigning units. There were three types of units with 3-4 different tiers, and I proposed a grid of draggable widgets

While clever, I was concerned about usability and identified this as a playtesting area of focus. It was almost universally intuitively understood, and with small improvements, we moved forward with this UX. 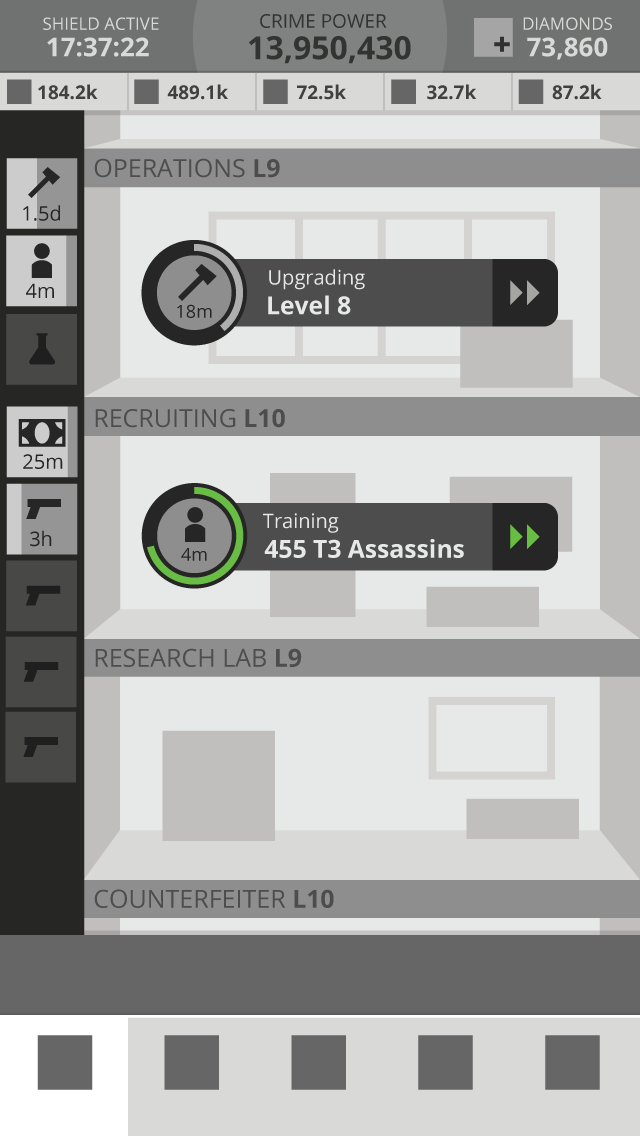 The player's base was represented on the world map with a skyscraper, but the actual base view was a 3/4 view of a full city block with little slots where you could add buildings. It fit genre conventions, but didn't make sense.

I proposed replacing the typical base-builder with a vertically-scrolling skyscraper, featuring intimate little vignetted crime rooms where the player could gather resources, train troops, and manage their base.

Unfortunately, this update didn't fit within our production scope. While the concept was inspired by Tiny Tower, subsequent games like Fallout Shelter have proven the concept repeatedly.

I led the effort to develop our production visuals. We aimed to create something highly legible and clean, but with just a hint of 'urban crime' flavor. 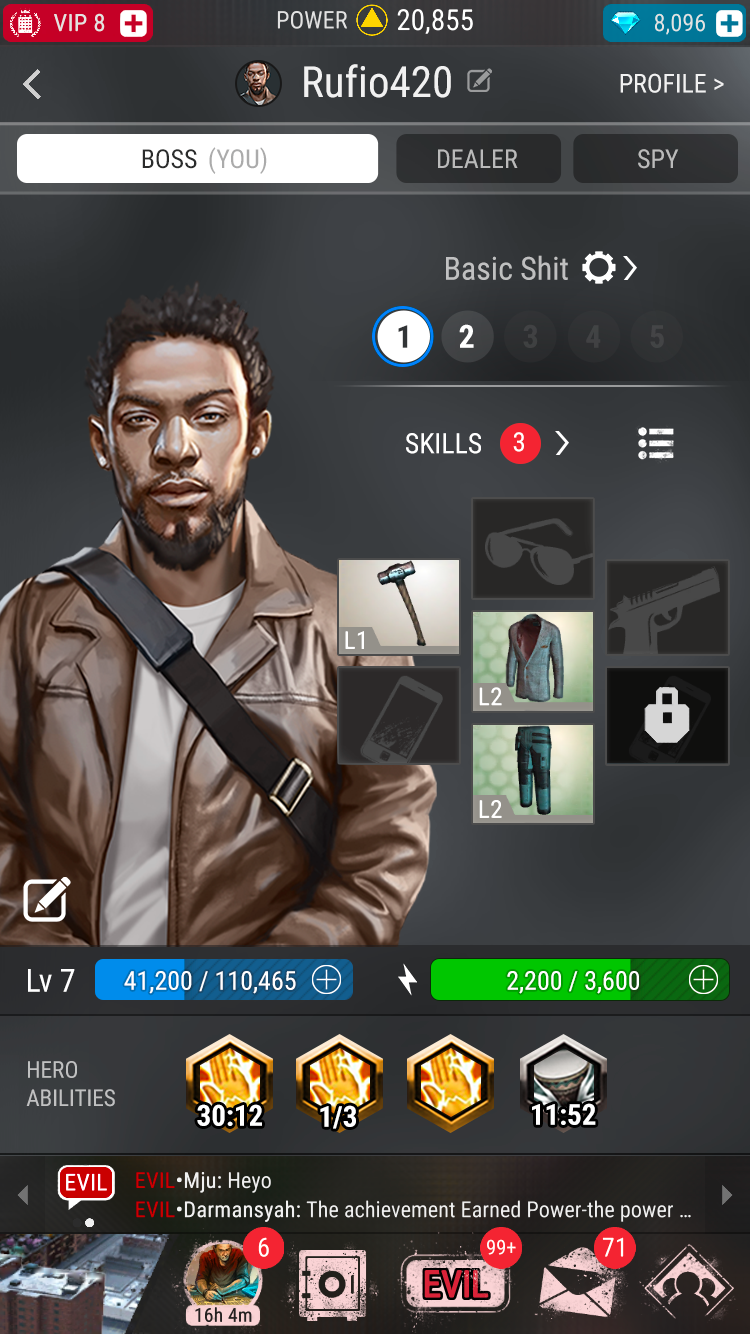 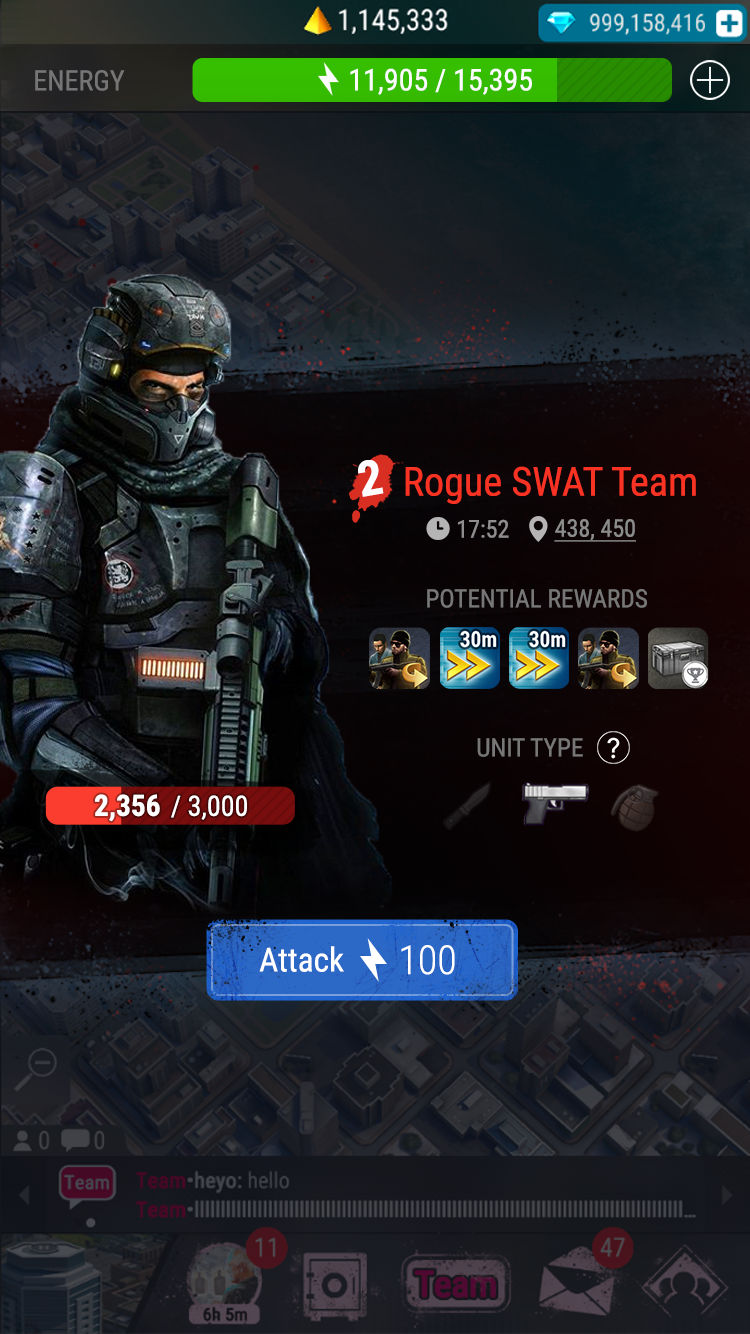 Just a few stylistic examples, including the main HUD. 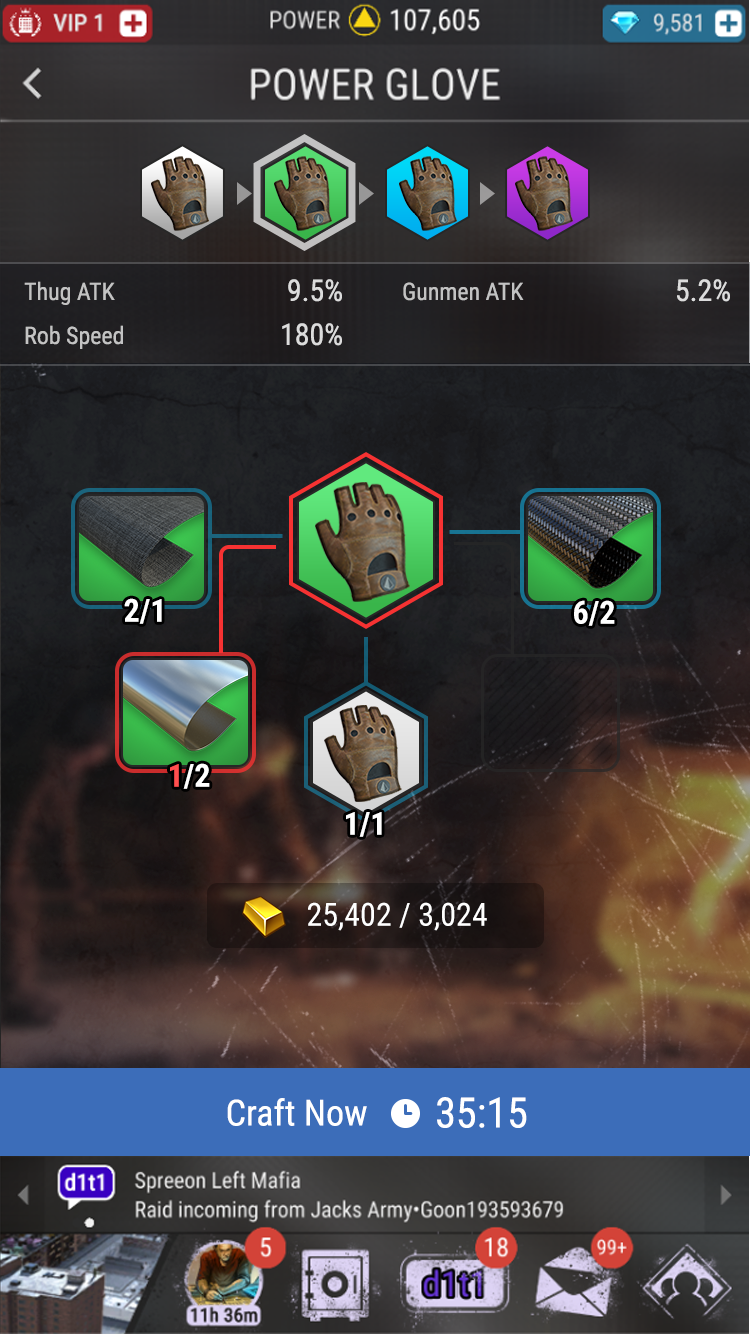 A crafting UI is a big, complicated task; luckily, it's one that's been solved elegantly before, and I don't believe in reinventing wheels. We identified several best-in-class examples, giving us a strong foundation as we designed for our own UX patterns and portrait orientation. 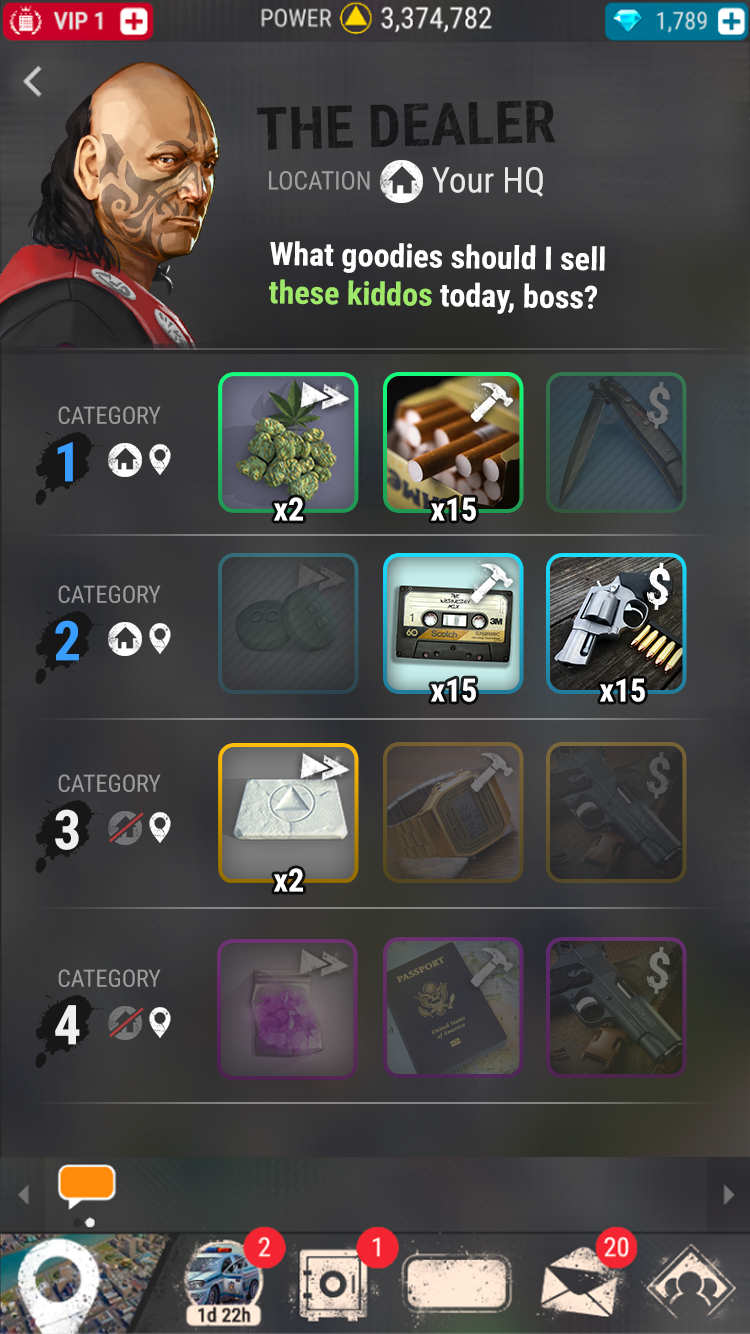 When designing a drug dealing UI*, it’s important to keep things visceral. Where the design brief was vague, I wanted to delight in the absurdity, insisting we had prominent artwork and reprehensible narrative text. 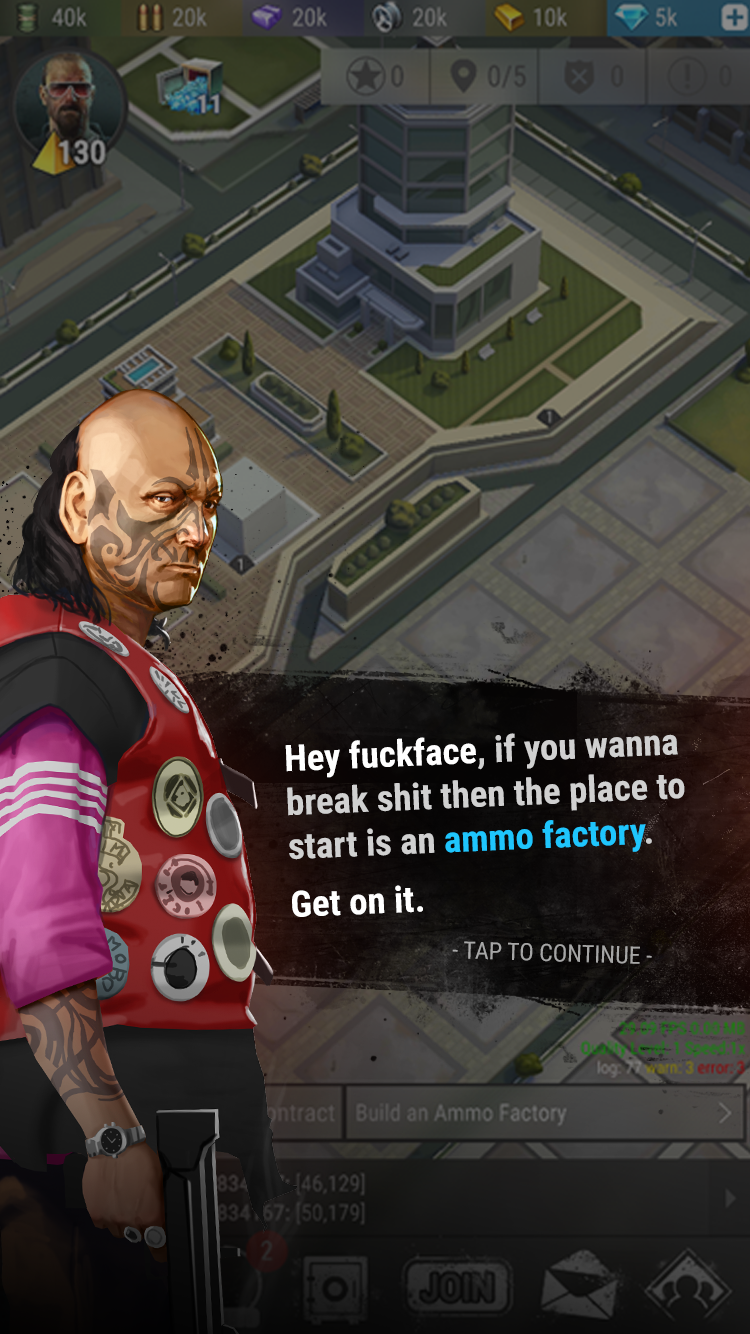 I had many contributions on Mafia Wars, but I believe my best may have been the sample text in this tutorial onboarding image.

Seriously though. When every other game in the genre is pushing a simpering “thank goodness you’ve arrived, my lord!”, it’s a great time to subvert expectations, knock the player down a rung, and give them something to prove.