I started the process by gathering reference. I was interested in synthwave and vaporwave aesthetics, but I knew it needed to escape the nostalgia of those genres. Shark Jackson is entirely modern.

Beyond that, I wanted analog sensibilities, something physically grounded, and with an eye towards pop Americana. 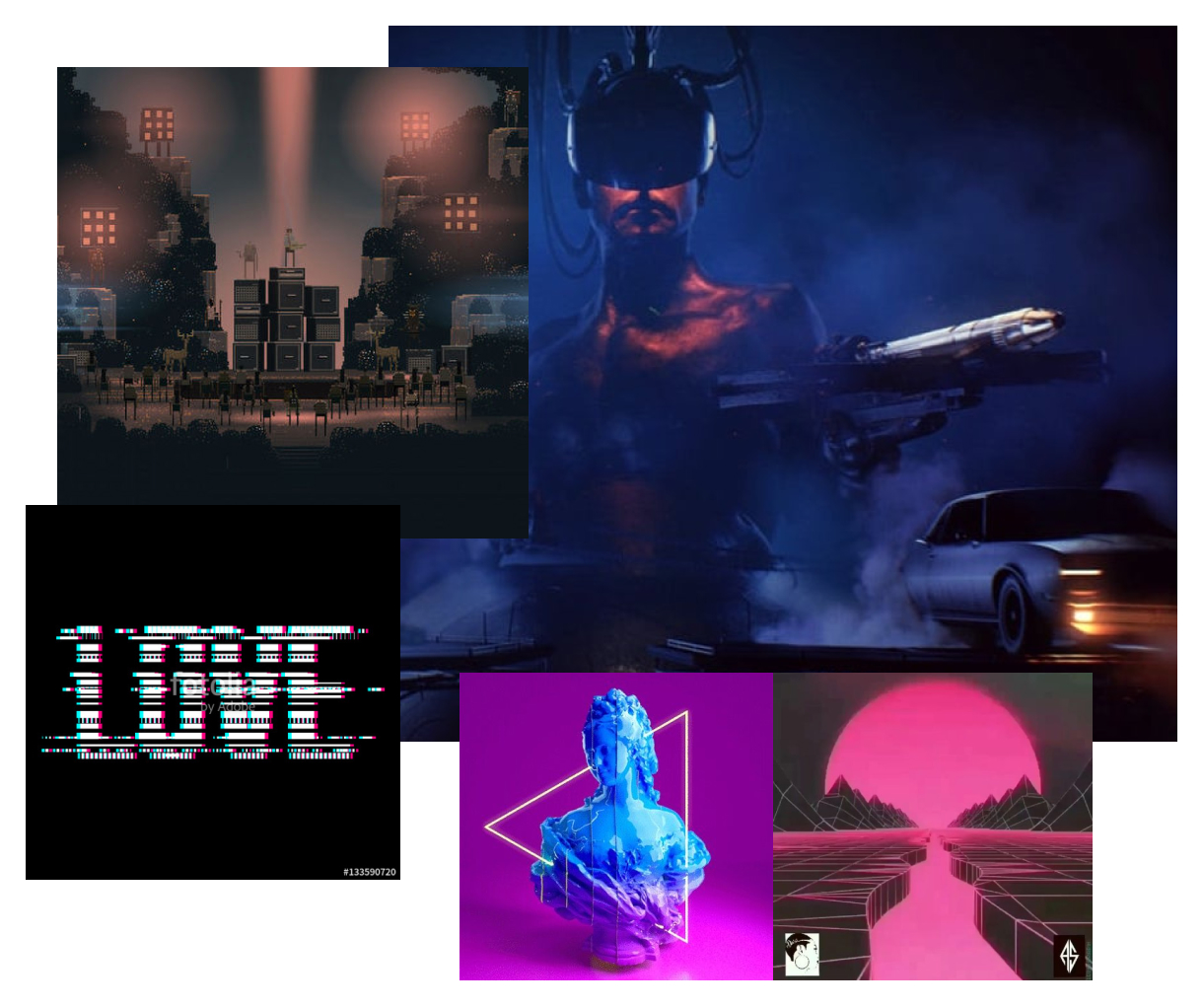 With reference and a set of loose ideas bouncing around, I jumped into a series of free-ranging explorations. 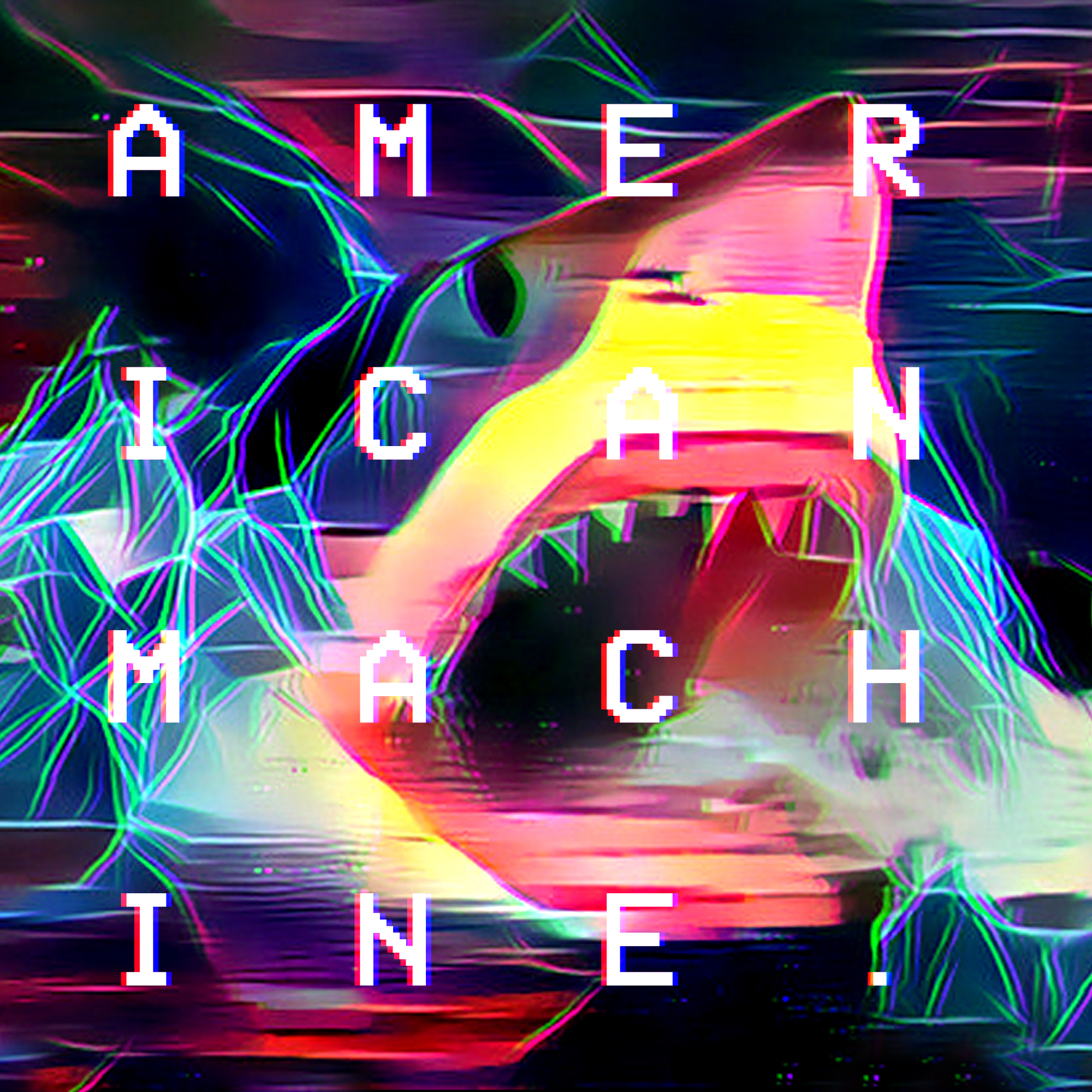 I fed various shark photos into a neural image processor as the 'source,' along with 80s neon artwork as the 'texture'. Results were generally delightful. 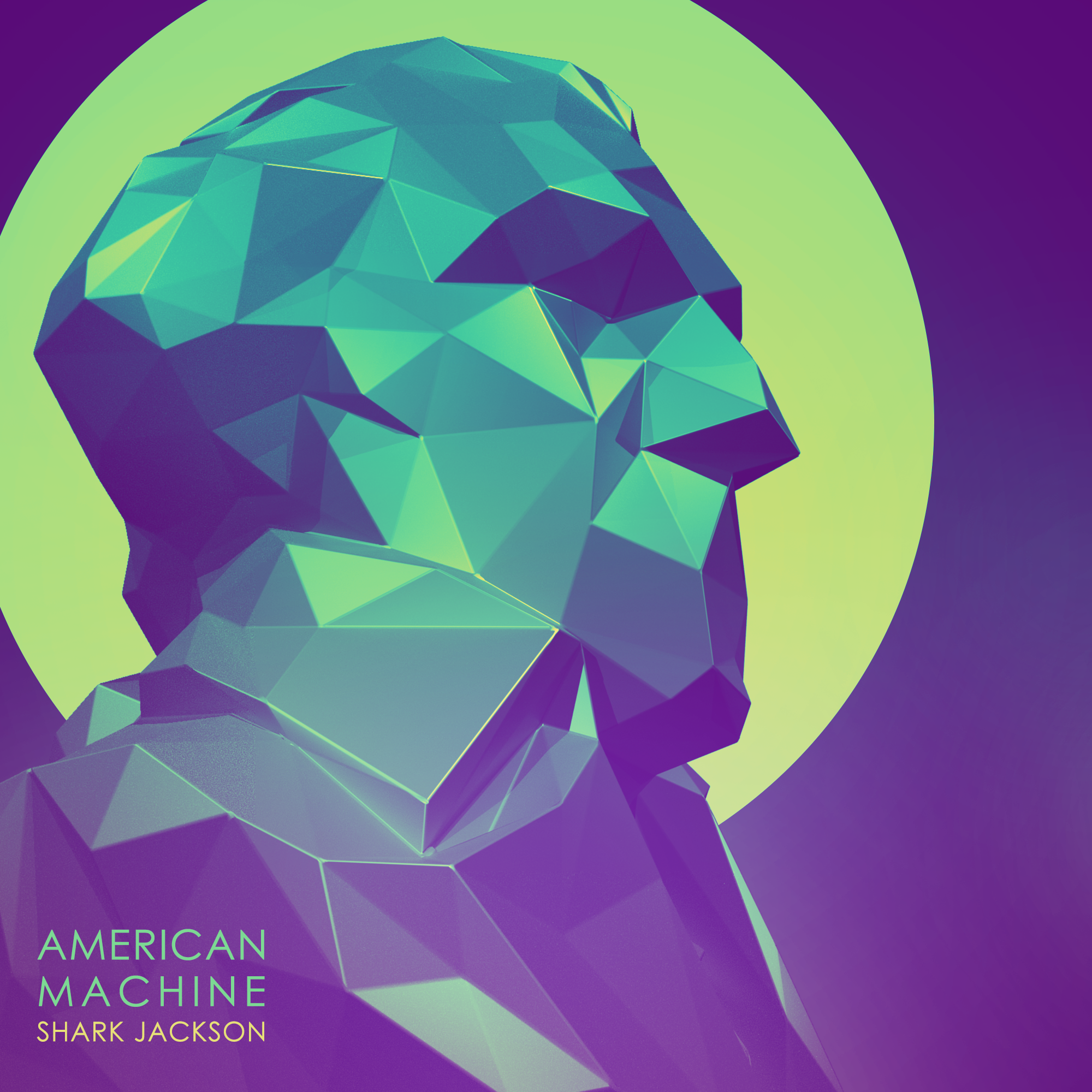 Next idea! Something historical, something retro, and something futuristic, all jammed together.

I used a high-quality 3d scan of a bust of Washington, retopologized down to a bare minimum. Softening the edges helped it feel like a physical statue rather than a PS1 game, and synthwave lighting makes the whole thing moody. 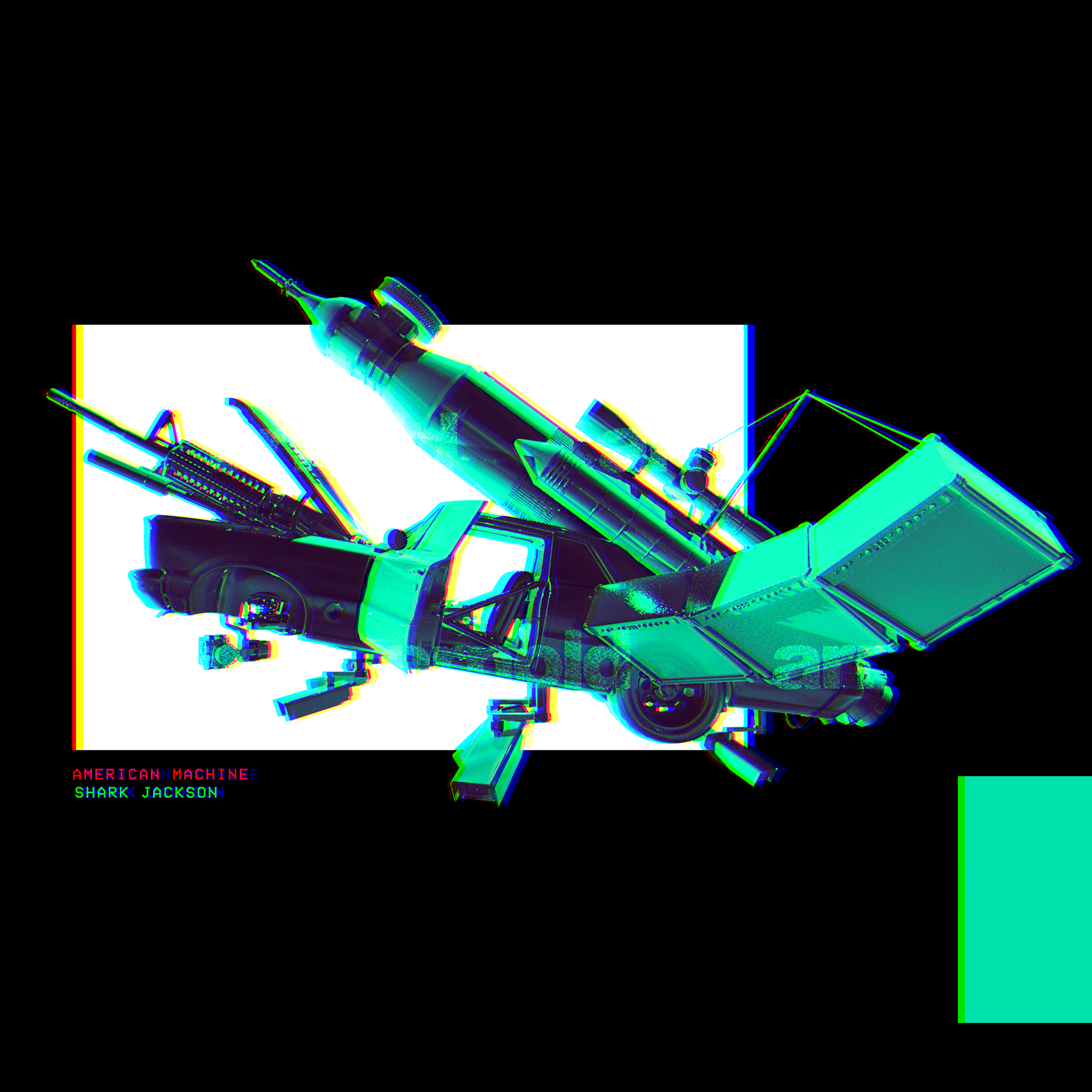 What about hacking together the ultimate American Machine?

This direction kit-bashed together a bunch of free 3d assets to create a true abomination, complete with guns, speakers, surveillance equipment, and a great big rocket... all bolted onto a glorious classic Pontiac GTO. 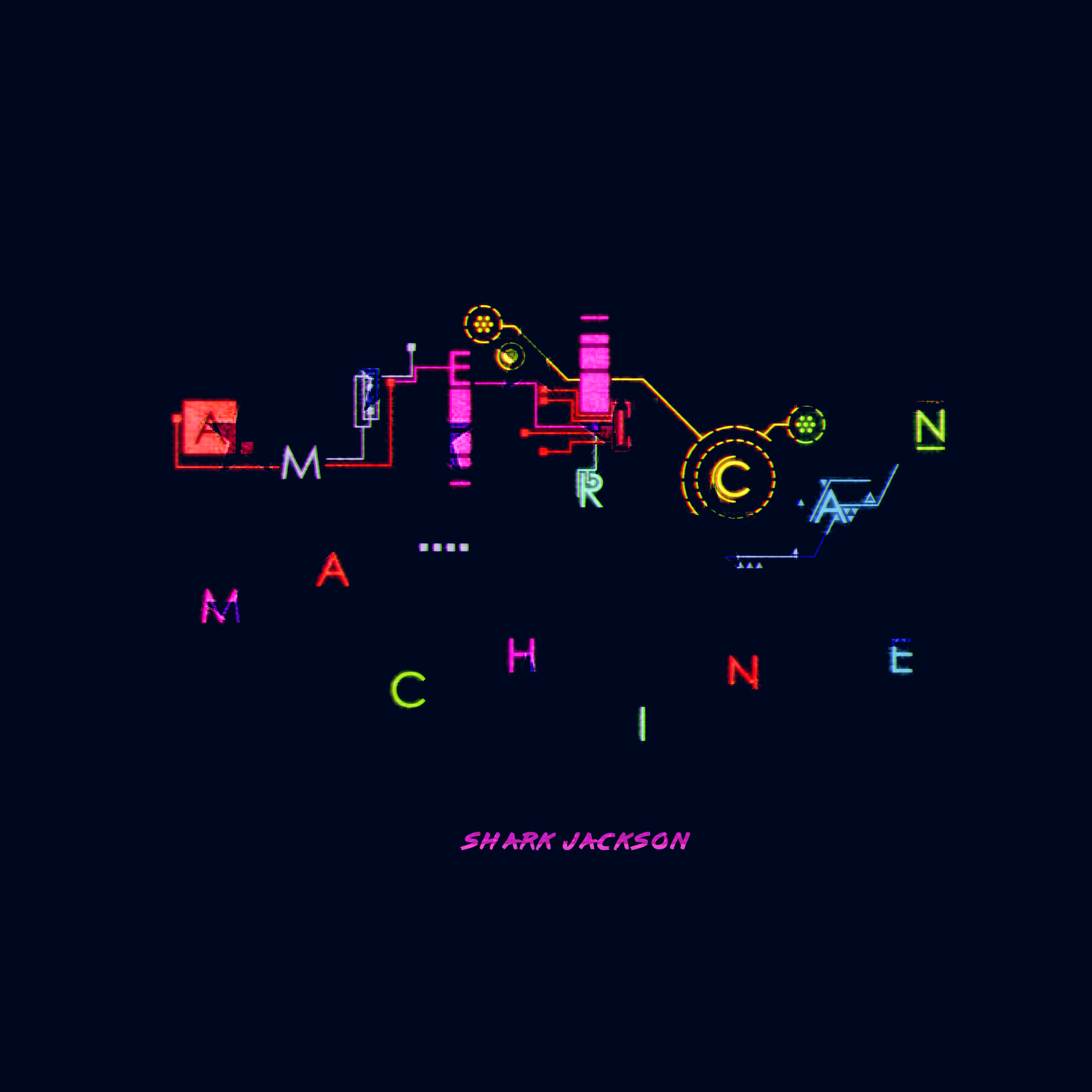 Playing with typography to create a Rube Goldberg contraption. This pulls from the diagrammatic language of electrical engineering, paired with bright colors, analog distortion, and an experimental, avant garde composition.

We discussed pros and cons across the board, ultimately deciding to steer away from anything that felt too synthwave in particular. Shark felt the third option best encapsulated the meaning of the album title. With a round of iteration, we quickly reached a final design. 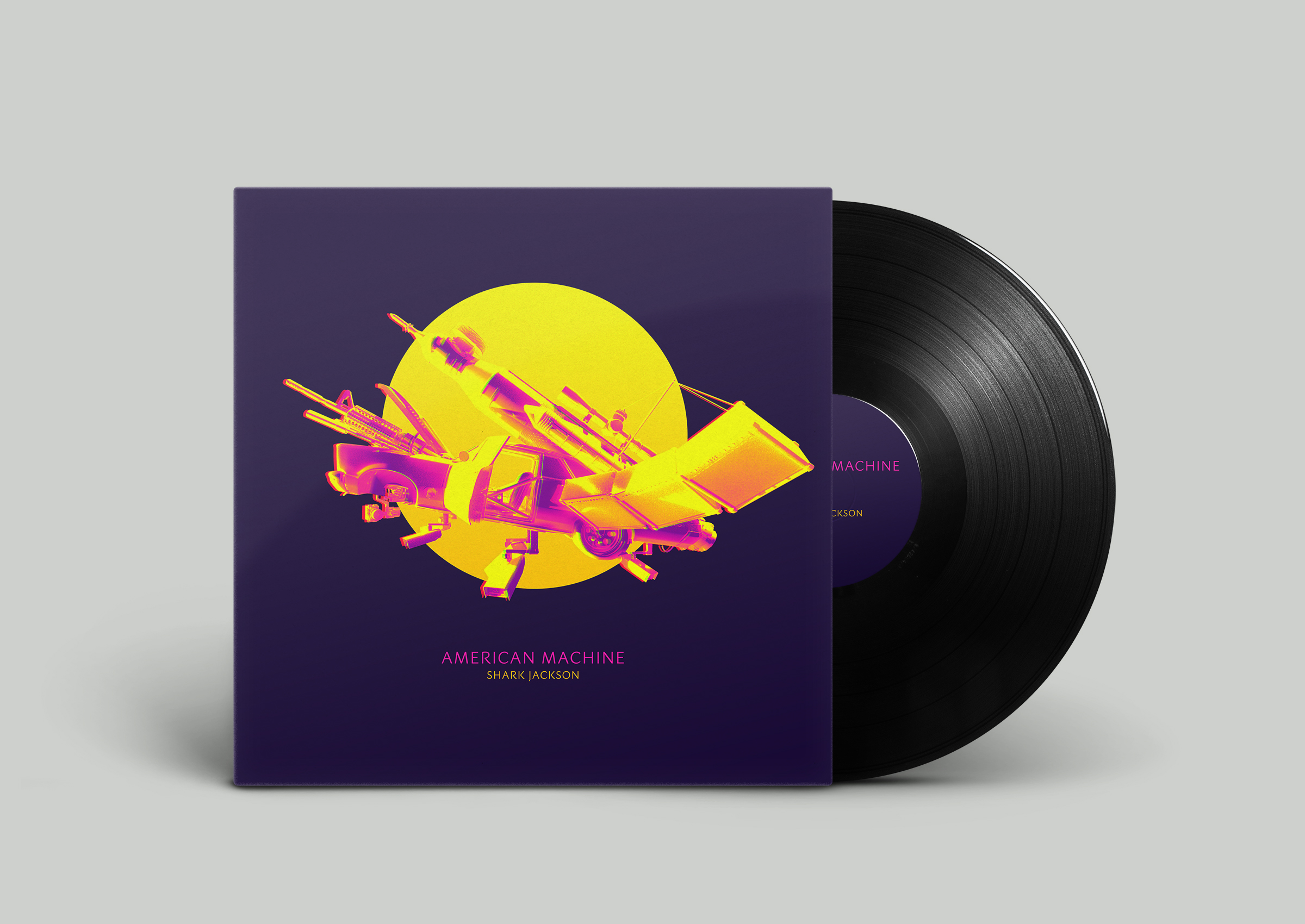 Building upon that kit-bashed monstrosity, but with a hot warmth to the color palette and a classical presentation.